Platforms were not ‘invented’ in the 70’s!

Long before the platform heel exploded into our lives in the 1970’s it had actually been around in many disguises centuries before. The history of platform shoes includes the Okobo, the Kabkab, the Paduka and the Chopine. We’re talking some seriously high platforms here! I’ll explain these later…

A favorite among the nobility 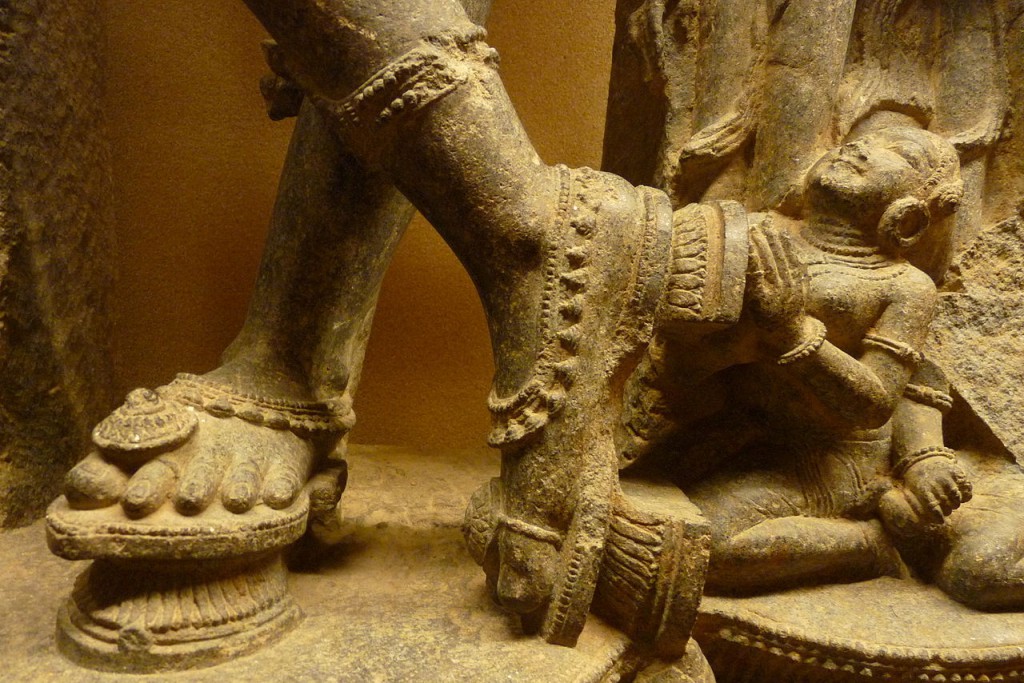 It’s difficult to find out exactly when and where the platform actually came into existence, but there’s evidence in the artwork of some ancient cultures, from Egypt to Japan to Greece to India, that platform shoes were being worn. In many of these cultures platforms were worn by both men and women of the higher classes, perhaps for ceremonial purposes, indicating their status. They could also have been worn to give the illusion they were much taller than the ‘common’ people, appearing ‘god-like.’ But then there could be a more practical reason, to keep their feet and clothing clean.

Platform heels were popular amongst actors in ancient Greece and China. It seemed the higher the platform the more prestige you had as an actor. In Greece and Rome the actors wore buskins. These were open-toed sandals and had wood or cork soles. They were tied up to the calf or knee, with either leather or cloth laces. 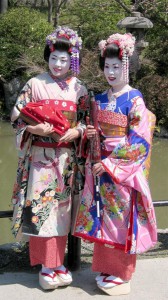 The Okobo, a very distinctive style, originated in 18th century Japan but you can clearly see where the inspiration for the modern day flip-flop came from. These sandals were worn by maiko (geisha) during their apprenticeship. The colors of the the cloth strap represented their maiko status. Okobo refers to the sound made when walking due to it being made out of one piece of wood, with the inside hollowed out. This is another example of a shoe that was created to keep feet and clothing clean. 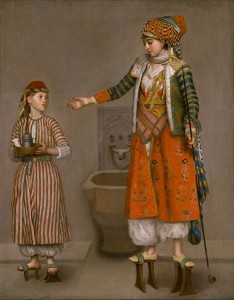 Does anyone else think these look impossible to walk in?! Seriously, there must have been a lot of broken ankles during this era. Originally from Lebanon, dating between the 14th and 17th centuries, these were worn by women of the higher classes (they were primarily worn by women but men would also wear them in bathhouses). Again, this was to keep their feet clean and protect them from the dirt on the streets. These ‘stilts’ were made from wood and were often decorated with silver and pearl. The straps were made out of either velvet, leather or silk. Like the Okobo, they were given their name due to the noise they made when walking on marble flooring. 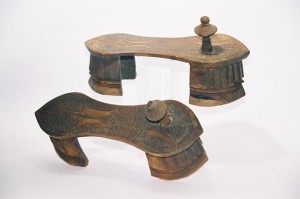 As far as we know the Paduka (translates as footprints of the gods) is the oldest form of footwear from India. These were wooden soles with a post to wrap your big toe around. They must have been very difficult to walk in without a strap of some kind, merely having to drag your feet along the ground (I assume!). Again, these were usually worn by the higher classes as a mark of their status, but not always, sometimes the ‘common’ people wore a more simpler design. They were made of wood and elaborately decorated with ivory and silver. They were sometimes carved into different shapes, representing animals or fish. They’re still worn today by the followers of the Hindu, Jain and Mendicant religions. 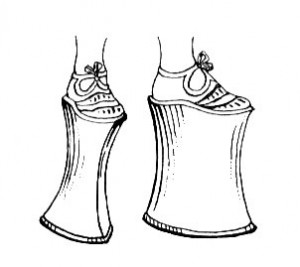 This was a favorite shoe for the women of nobility across Europe, from the 15th to 17th centuries. They look a tad easier to walk in, due to having more foot support compared to the Kabkab, but still, walking couldn’t have been easy. At their highest they measured almost 20″… and like the others mentioned here were used (sometimes as an over-shoe) to protect feet and clothing from dirt. Due to their extreme height, help was needed not to just put them on, but to walk, by servants who would keep the wearers’ balanced and upright. They were made out of cork or wood and covered with either leather or velvet, and sometimes adorned with jewels.

What springs to mind when you hear the 70’s… DISCO! 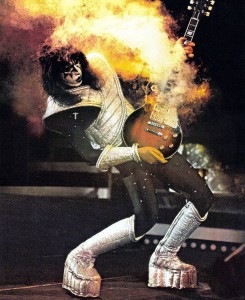 The combination of music, fashion and heels at their most outlandish! With artists such as Elton John, David Bowie and KISS clearly showing their appreciation for the platform shoe, it was loved again by both men and women. But every era has it’s sell-by date… the 80’s was something else entirely! Fast forward to the 90’s and onwards and the platform is more popular than ever with thanks, not just to the music industry, but to designers like Vivienne Westwood and Alexander McQueen. And of course the punk era and the goth style have all contributed to taking the platform to a whole new level. But since the 70’s men really haven’t embraced the platform, certainly not the way they did in the past… one reason could be because the styles (unless you’re a transvestite or transsexual) are more appealing to women. And a lot of the styles are now designed to create a sexier image for women as they elongate the legs, which is used consistently in magazines. The level of advertising of high/heels, platform shoes is off the chart! But unfortunately, this image, combined with the amount of photo-retouching, often gives women an unrealistic standard to live up to.

Fast forward to the 21st century! 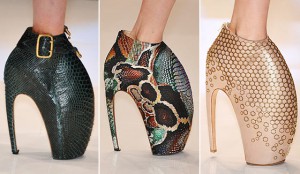 Armadillo shoes – Ok, does anybody out there either a) like these shoes or b) actually own a pair?! Seriously I’d love to hear from you if you do. Personally, I don’t want my feet to look like a part of an animal, i.e. an animal with hooves. Some may argue that they’re elegant, due to the fabric, design etc, but I just think they look so out of place at the end of a woman’s foot! Sorry, but they’re too animalistic for me. 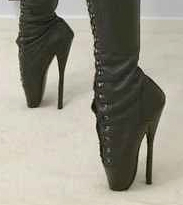 And really, does anything need to be said about these Ballet Pointe heels? Why springs to mind. They must have only been created for design purposes, i.e. fashion photo-shoots. But of course these shoes have been made popular by celebs and popstars, who else would want to wear them, far less try to walk in them, unless you’re getting paid tons of money to do so? But hey, if anyone would care to educate me further on these shoes please leave a comment below!

The History of Platform Heels

4 thoughts on “The History of Platform Heels” 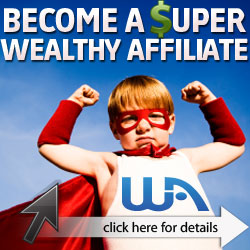